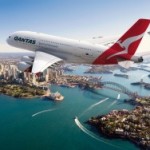 Qantas has ordered checks on all of its A380 Superjumbos after cracks were found in wing components on the world’s largest passenger aircraft.

Dozens of cracks were found on one of its jumbos, leading to its temporary grounding and a call for inspection of all planes. The company said that the 36 small fissures posed no threat to safety,

The wings of Airbus planes are made in the UK and British Airways is due to take delivery of the first of 12 A380s next year, while the first of Virgin’s eight superjumbos will arrive in 2015.

Singapore Airlines, one of the carriers that operates A380s in and out of Heathrow airport, was the first airline to take delivery of a superjumbo, with the debut passenger flight taking place in October 2007.

A380 Qantas
see all news