Pan Am International Flight Academy bought by All Nippon Airways 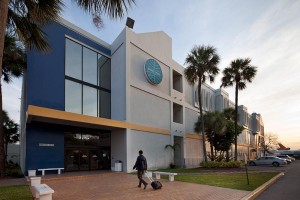 Pan Am International Flight Academy is now a subsidiary of Japanese airline All Nippon Airways after ANA Holdings, its parent company bought the training provider for $139.5 million.

The companies said the deal forges “a strong partnership” to meet increasing demand for pilot training worldwide. Pan Am is one of the world’s largest independent flight simulation and aviation training providers with the second largest number of simulators used for airline training. It will retain the Pan Am name, the companies said.

All Nippon plans to expand Pan Am into Asia by providing training for its own airline group as well as other Asian carriers. With air travel expected to double within the next 30 years, and much of the growth occurring in Asia, the All Nippon said it is poised to create an additional lucrative source of revenue.

Pan Am CEO, Mr. Vito Cutrone commented, “This is a very exciting time for Pan Am. We feel certain that working with our new owners at ANA will bring new and profitable opportunities for Pan Am’s continued growth, and particularly new opportunities for the employees of Pan Am.”

Pan Am International Flight Academy, headquartered in Miami, served as the original in-house training division of Pan Am World Airways. Today the company provides flight simulation and training on all leading airliner types, operating nine training facilities in the United States and abroad and offering more than 200 aviation training programs, including ab initio training in Florida.

Embry-Riddle Aeronautical University and Florida's Silver Airways, along with the State of Florida, are partnering to offer financial assistance to pi...