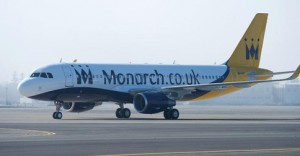 Following the announcement of a preferred bidder to take ownership of Monarch, the association representing the airline’s pilots is urging the Government and all political parties to get behind the deal to secure the future of the company, just as pilots and other employees have done.

General Secretary of the British Airline Pilots’ Association (BALPA), Jim McAuslan, said, “Pilots and their colleagues at Monarch have stood up and made major sacrifices to secure the future of this important British company, accepting lower pay and reduced terms and conditions within a restructured airline. It is now time for the Government to engage with all of the parties concerned and do everything it can to make this deal happen and help Monarch survive and thrive.”

The first ever standard for an apprenticeship as a commercial airline pilots in the UK is now a reality. It has been developed by a group of leading a...

The British Airline Pilots Association (BALPA) is calling for airlines to encourage women in to the industry by improving maternity pay. BALPA says th...