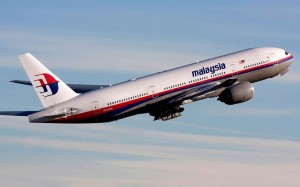 Malaysia’s government will carry out a “complete overhaul” of its troubled national airline in an attempt to revive the loss-making company after it was hit by two devastating jetliner disasters this year.

The move to de-list Malaysia Airline System and take it private had been expected since ticket sales slumped in the wake of the baffling disappearance of MH370 on March 8 with 239 passengers and crew. The airline’s crisis deepened on July 17 when another jet, Flight MH17, was shot down over Ukraine, killing all 298 people on board.

State investment fund Khazanah Nasional’s proposed 1.4 billion ringgit ($436 million) buy-out of the shares it does not own paves the way for it to take steps such as cutting back on less-profitable routes, trimming the bloated payroll and installing a new management team.

A full-scale rebranding of the airline, which has reported losses for the past three years, could also be considered as it grapples with shaky customer confidence following the twin tragedies.

Khazanah said it will need cooperation “from all parties” to undertake the restructuring, covering the airline’s operations, business model, finances, staff and the regulatory environment.

“Nothing less will be required in order to revive our national airline to be profitable as a commercial entity, and to service its function as a critical national development entity,” it said in a statement.