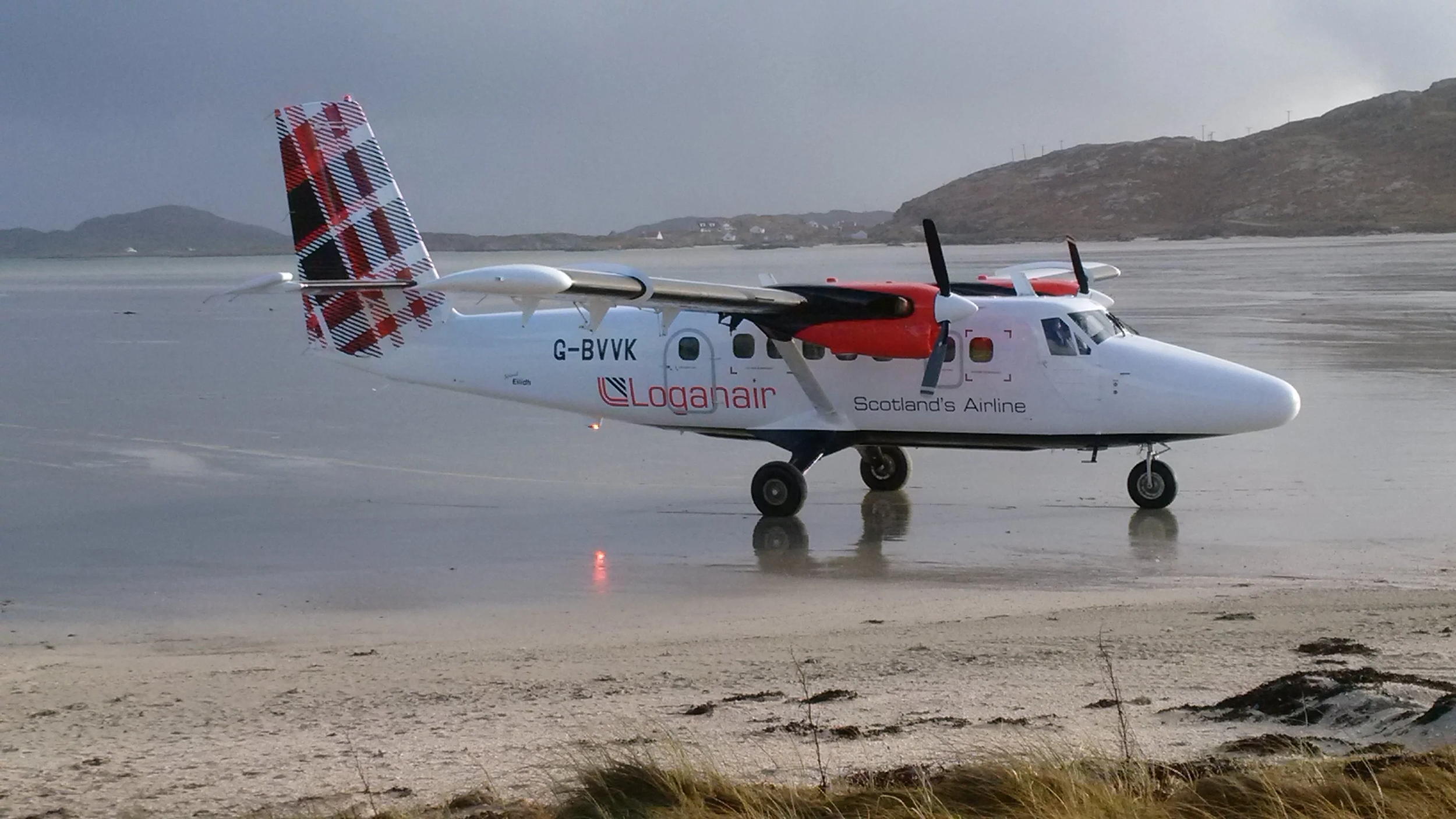 Loganair’s service to the Scottish islands includes landing on the beach at Barr. Photos: Loganair

The Glasgow-based airline was formed on 1 February 1962 and now flies over 70 routes throughout the UK, Isle of Man, Ireland, Norway and Denmark. It serves a total of 34 UK airports, more than every other airline put together.

Jonathan Hinkles, Loganair’s Chief Executive, said: “We are thrilled to be celebrating our 60th anniversary, an unrivalled milestone in the UK regional airline industry.   In the time that Loganair has been serving customers in Scotland and beyond, over 50 other airlines have come and gone – yet a constant has been the commitment of Loganair to keeping communities connected.

“Today’s milestone could never have been reached without the efforts and dedication of Scott Grier, Loganair’s President and the driving force of the airline between 1976 and 2012; Loganair’s dedicated team of staff throughout the last six decades; and the unwavering commitment of our owners, Stephen and Peter Bond, who have now been involved with the airline for over 20 years.”

We feel more humbled and privileged than we can possibly say for the support received from all our customers, and of course staff over the years. pic.twitter.com/XamDA1nQoC

The airline marked the anniversary in traditional birthday style with balloons and cake, and a variety of other celebratory measures including commemorative chocolates for customers on every flight, special offers for Clan Loganair frequent flyers, and a competition to give away 60 free flights. The airline is asking people to enter the competition by nominating an individual or group most deserving.

Jonathan Hinkles said, “The next 60 years will undoubtedly see a different set of challenges, yet I’m already hugely encouraged by progress to develop new carbon-neutral electrical and hydrogen power sources for domestic flights.   It’s clear that short-haul domestic flights will be the first to benefit from these new technologies, and I fully expect that we’ll see the first of these powering Loganair customers to the destination within the first six of our next 60 years.”

First Minister of Scotland Nicola Sturgeon commented: “For six decades now, Loganair, the oldest name in UK airlines, has made an exceptional contribution to the Scottish economy. Since 1962, the airline has helped keep the country moving, ensuring that people across Scotland are connected – particularly those living in and visiting our most remote communities. The importance of that has never been clearer than during the pandemic as the airline continued to operate, transporting patients, tests and equipment across Scotland and beyond.”

“Loganair’s leadership in the net zero transition is also hugely appreciated and it should help ensure a very bright future for Scotland’s airline.”