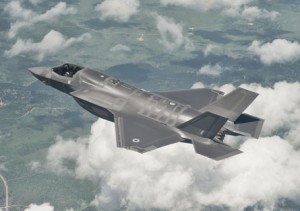 The UK’s first Lockheed Martin F-35 Lightning II production fighter made its inaugural test flight on 13 April. The aircraft, an F-35B short takeoff/vertical-landing (STOVL) model, flew a series of functional flight checks during the sortie. Lockheed’s Bill Gigliotti was at the controls during the 45min flight.