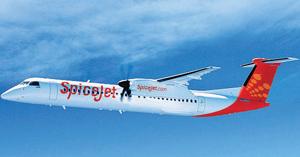 Jet Airways is reportedly seeking pilots with experience in flying Bombardier Q400, a type of turboprop aircraft it currently does not own but which features prominently in SpiceJet’s fleet.

The move has sparked speculation that Jet Airways may be considering to buy the planes from loss-making SpiceJet, which was forced to briefly ground its fleet last month after suppliers refused to refuel its planes. Currently, SpiceJet is the only Indian airline that owns and operates Bombardier Q400s. It has 15 such aircraft.

Currently Jet Airways has yet to respond to queries regarding its advert. More from the Mumbai Mirror here.