IAG to close loss-making bmi units if no buyer 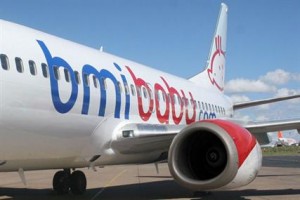 British Airways and Iberia owner IAG will close two loss-making subsidiaries inherited from the acquisition of Lufthansa’s UK unit bmi if it is unable to sell them, IAG’s chief executive Willie Walsh said on Wednesday.

IAG last year agreed to buy bmi and plans to keep the traditional airline, but is struggling to sell the low-cost and regional divisions bmibaby and regional.

“We are in discussions with parties interested in those airlines. We are ready to do a deal and capable of doing so, but if we don’t see any movement on selling them… then we will look to close those businesses,” Walsh said.

“They do not form part of the future of IAG,” he told the AFCA aircraft finance conference in Barcelona.

Walsh said he expected significant moves towards further airline industry consolidation in 2012, whether through mergers or airline failures amid high oil prices.

IAG continues to assess acquisition targets but will do so with greater caution, he added.

British Airways’ parent company has completed the purchase of Bmi from Lufthansa today but it will be at a reduced price. IAG, which also owns Iberi...

BMI signs deal with another potential buyer for BMIbaby

UK carrier BMI has signed a non-binding agreement with another potential buyer for its low-cost subsidiary BMIbaby, in addition to the deal signed ear...