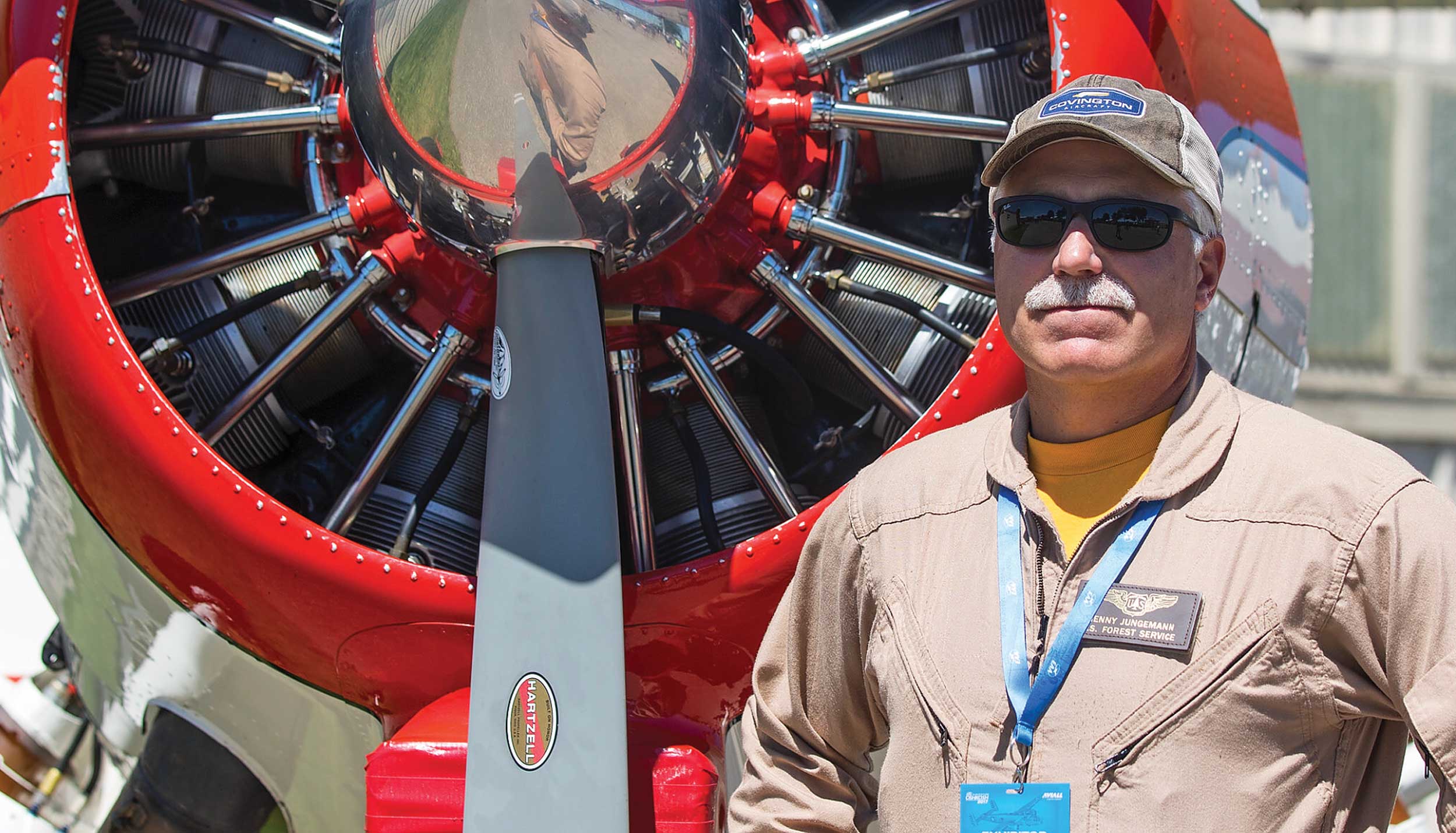 This article first appeared in FLYER in September 2018

How did you get into aviation?

When my dad got his PPL, he took my two brothers and me along for trips in a Cessna C172. All three of us got into aviation that way.

I learned to fly in the US Navy and really liked it – getting paid to fly an aeroplane seemed a pretty good way of making a living!

I’m a Beaver pilot for the US Forest Service in Ely, Minnesota. We cover the Chippewa and Superior National Forests, which include the Boundary Waters Canoe Area, where no motorised vehicles are allowed, apart from us.

Each summer, we mainly patrol for forest fires, caused by lightning strikes or campfires which haven’t been put out properly. Our Beavers carry a specially made drop tank underneath, so we can scoop up 1,000lb of water to suppress fires.

When needed, we call in bigger firefighting aeroplanes or fly firefighters and their gear to the closest lake, from where they continue by canoe.

My job also includes Search & Rescue missions. It’s easy to get lost in the wilderness and sometimes people twist an ankle or break a leg.

We’re not an air taxi, so we usually point lost hikers in the right direction, but if they’re hurt of course we’ll save them.

Our Beavers are also equipped to allow for survey mapping, forest reseeding and fish restocking.

In winter, we replace the floats with wheel skis and our workload decreases a bit, as there’s less risk of fires, but there are still a lot of medevac flights, as people go skiing or ice-fishing. I really enjoy the diversity!

The flying isn’t hard, it’s just different. There are many small lakes and tight areas, and you’re on your own, using your own judgement, continuously evaluating wind, shoreline and possible landing spots.
It definitely isn’t runway-to-runway flying! 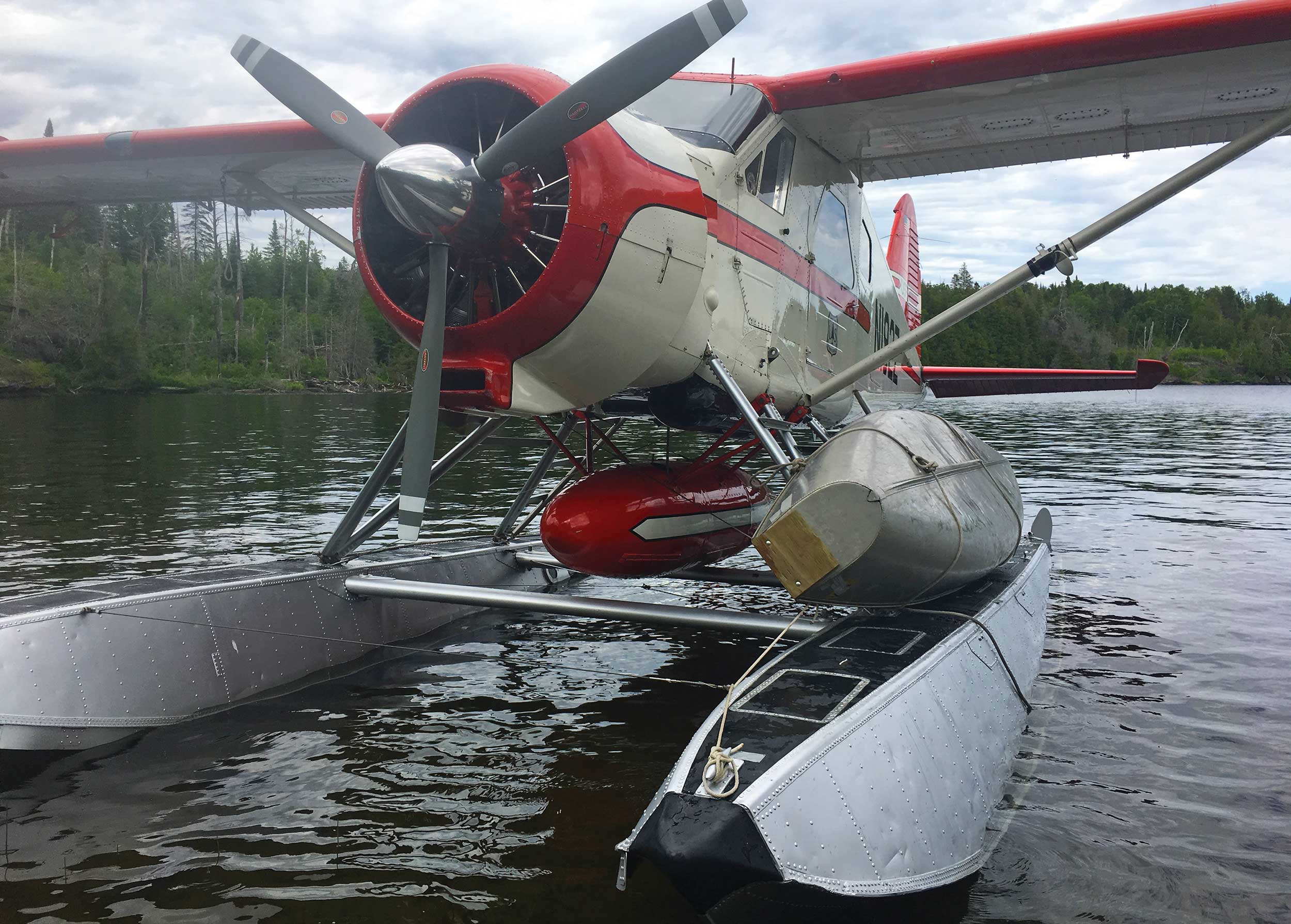 When floatplane flying the wind, shoreline and possible landing spots have to continuously be evaluated. It definitely isn’t runway-to-runway flying!

I’d already flown the Beaver at the Navy’s test pilot school. When I obtained my float rating, I moved to Alaska, bought a Piper PA-18 Super Cub and started building float time.

After flying tours and bear viewings with Andrew Airways for nearly two years, I moved to Minnesota.

To become a US Forest Service pilot you need a minimum of 1,500 flying hours, 500 hours of float time and a tailwheel endorsement.

It also matters how you got that experience – for example, bush flying in Alaska is completely different from visiting the same lake with your instructor every day.

Here in Ely I’m the only pilot left. We’re in the process of hiring new pilots, but the candidate pool is small as the firefighter retirement programme requires them to be under 37.

I was older when I started, but had a waiver due to my military flying.

The medevac flights – helping someone who’s hurt or lost is a really good feeling.

One morning in  June 2017 we received a call about a camper at Boundary Waters who’d walked away from their pitch the previous afternoon, to go to the bathroom, and never came back to their group.

After looking for an hour I decided to expand the search area and suddenly spotted what seemed like a big splashing fish – it was our guy.

Dressed only in shorts and water shoes, he’d spent the night in the woods, surrounded by bugs and thunderstorms, and was trying to swim across a lake.

He was pretty chewed up and dehydrated, so we flew him to the nearest doctor.

The entire state of Alaska, as it’s basically one big airfield. There, if you have floats or a big set of tyres, you can land almost anywhere.

Yes, with my wife and our dog, I often go fishing in Canada, using my Cessna C185 floatplane.

An aircraft is a great tool and this is the perfect region to have one. I’m nuts for aeroplanes – when I was in the Navy, the guys always asked why I’d want to spend my weekends flying after doing it all week. I guess I just love it!

Don’t ever hurry in a floatplane. It’s more flying than career advice, but it’s the best I’ve ever had, and it came from my friend, Willy Fulton.

No matter if you’re late or if bad weather is coming, you can’t rush in a floatplane as there are so many ways to screw up.