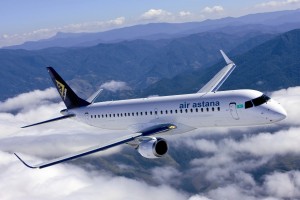 FTEJerez has announced that the college will be delivering ab initio training for Kazakhstan airline, Air Astana.

Following an intensive selection process by both the airline and FTEJerez, the first group of Air Astana cadets is expected to being its training in Jerez, Spain, towards the end of July 2013 with a further 20 to 25 trainee pilots to follow over the next few months.

Air Astana is the main airline and the flag carrier of the Republic of Kazakhstan, with its headquarters in Almaty. The airline operates a fleet of 26 aircraft with close to 50 domestic and international routes and employing more than 3,500 staff. Air Astana recently placed an order to purchase Boeing 787, Boeing 767, Airbus A320 and Embraer 190 aircraft that will expand the Air Astana fleet up to 33 aircraft by the end of 2016 and up to 43 aircraft by 2020.

“We are naturally delighted that a prominent airline such as Air Astana is entrusting FTEJerez with the training of its future captains,” FTEJerez CEO, Oscar Sordo stated.

FTEJerez will be exhibiting at the Leeds Professional Flight Exhibition on Saturday 13 July at the Leeds Hilton. You can buy your tickets at: