FAA NOTAM prohibits US airlines from flying over Syria 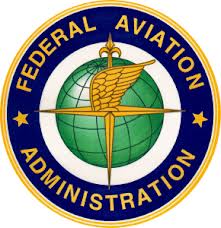 The Federal Aviation Administration (FAA) has issued a new Notice To Airmen (NOTAM) restricting US operators from flying in the Damascus Flight Information Region, which includes all of Syria.

This replaces the NOTAM that strongly advised U.S. operators against flying in that airspace and required them to contact the FAA before they operated in that airspace. A statement read, “Based on an updated assessment of the risk associated with such operations and the lack of any requests from operators wishing to fly in this airspace, we believe it prudent to prohibit U.S. operators from flying into, out of, and over Syria. The ongoing armed conflict and volatile security environment in Syria poses a serious potential threat to civil aviation. Armed extremist groups in Syria are known to be equipped with a variety of anti-aircraft weapons which have the capability to threaten civilian aircraft. Opposition groups have successfully shot down Syrian military aircraft using these anti-aircraft weapon systems during the course of the conflict. Opposition elements have previously warned civilian air carriers against providing service to Syria. Due to the presence of anti-aircraft weapons among the extremist groups and ongoing fighting in various locations throughout Syria, there is a continuing significant potential threat to civil aviation operating in Syrian airspace.”

The full NOTAM can be found here.

FAA needs to increase oversight of pilot skills, according to report

FAA issues final rule on use of PEDs in cockpit

The FAA has issued a final rule that reinforces that airline pilots cannot use Personal Electronic Devices (PEDs) for personal use in all operations. ...

The Federal Aviation Administration (FAA) has adopted new training requirements for all US airline pilots, which came into effect on 5 November. The r...