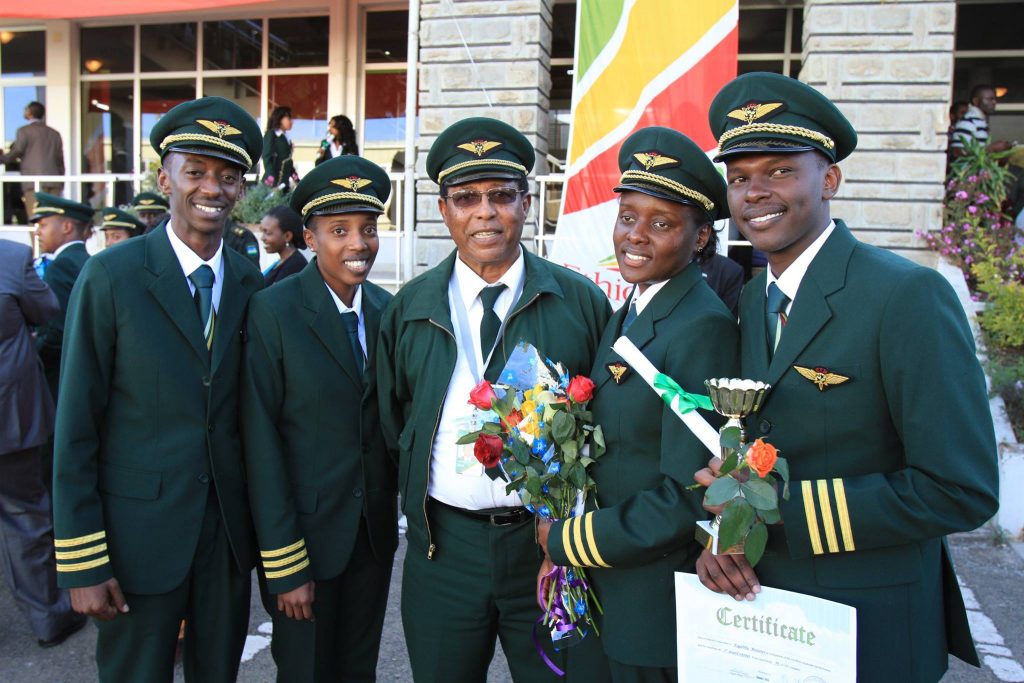 Ethiopian Airlines has launched its refurbished aviation academy, rebuilt at a cost of $100 million. The rebuilt academy, the airline said earlier this week, will increase its annual intake capacity to 4,000 students.

It is also equipped with the B-777, B-787, B-737, B-767/757 and the Q-400 flight simulators, which means the academy can offer full type rating trainings for pilots as an authorised training organisation.

At the inauguration event on Sunday 7 February, Prime Minister Hailemaraim Desalegn thanked the airline for creating tens of thousands of high quality jobs for Ethiopians and African young men and women, adding, ““Education is the greatest equalizer in today’s global village.”

In January 2016, 14 pilots, including nine trainee pilots from Rwanda, three of them female, graduated from the academy (pictured). With the opening of the new academy centre, Ethiopian Airlines hopes to train more pilots from the continent.

Tewolde Gebremariam, Ethiopian Airlines group chief executive officer, said the academy is “positioning itself to be the catalyst leader in aviation training technology in supporting the African Union to realise its vision 2063.”

“We are proud to be in a position to avail the latest and next generation aviation technology training machines and facilities, where we can train the continent’s youth and prepare them for 21st century African aviation development,” he said.

The academy, a full ICAO Trinnair Plus member, has been accredited by the International Air Transport Association (IATA) as an authorised training centre (ATC). It was also recognised as an Airline Training Services Provider of the Year in 2014 by AFRAA.

The airline, which is the largest airline in Africa, has also said it will soon expand the development of other departments, which include a new cargo terminal, expected to be operational towards the end of 2016, and a four star hotel, which will be built on a 40,000sqm near Addis Ababa’s Bole International Airport.

Embry-Riddle Aeronautical University and Florida's Silver Airways, along with the State of Florida, are partnering to offer financial assistance to pi...