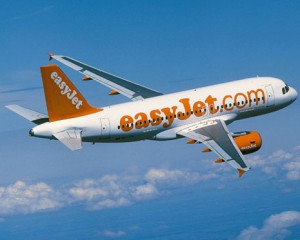 The inaugural flight will take off from Belfast International Airport on 22 October – initially a daily service, and from 29th October will increase to two flights a day on weekdays, and one on Saturdays and Sundays.

Ali Gayward, easyJet commercial manager, said, “In the past year alone easyJet has also launched services to Manchester and, most recently, London Southend. Additionally, we will, for the first time, be flying an Airbus 320 aircraft (180 seats) from Belfast to leading holiday sun spots during the peak summer period. This route represents a major milestone in our network growth which sees easyJet operating year round from Birmingham for the first time ever.”

easyJet is well on its way to meeting its target of 20 per cent of new cadet pilot entrants to be women by 2020. The low-cost airline has achieved a n...

CAE has signed a long-term training contract with easyJet valued at more than £100m over the next 10 years, to train the airline’s pilots. CAE ...