Net-zero carbon emissions by 2050 – how on earth can airlines achieve this UN-backed target? British low-cost airline easyJet has just announced its plan which includes using hydrogen to power its aircraft.

easyJet’s ‘roadmap to net-zero’ uses a suite of measures including zero carbon emission technology which, once available, mean the airline could reduce its carbon emissions per passenger by 78% by 2050. Any emissions left over would be mopped up by carbon removal technology.

A key part of the plan involves easyJet’s partner Rolls-Royce. The British engine maker is soon to start ground tests of a hydrogen powered engine. Hydrogen has no operational carbon emissions and may also significantly reduce non-CO2 emissions from flying. 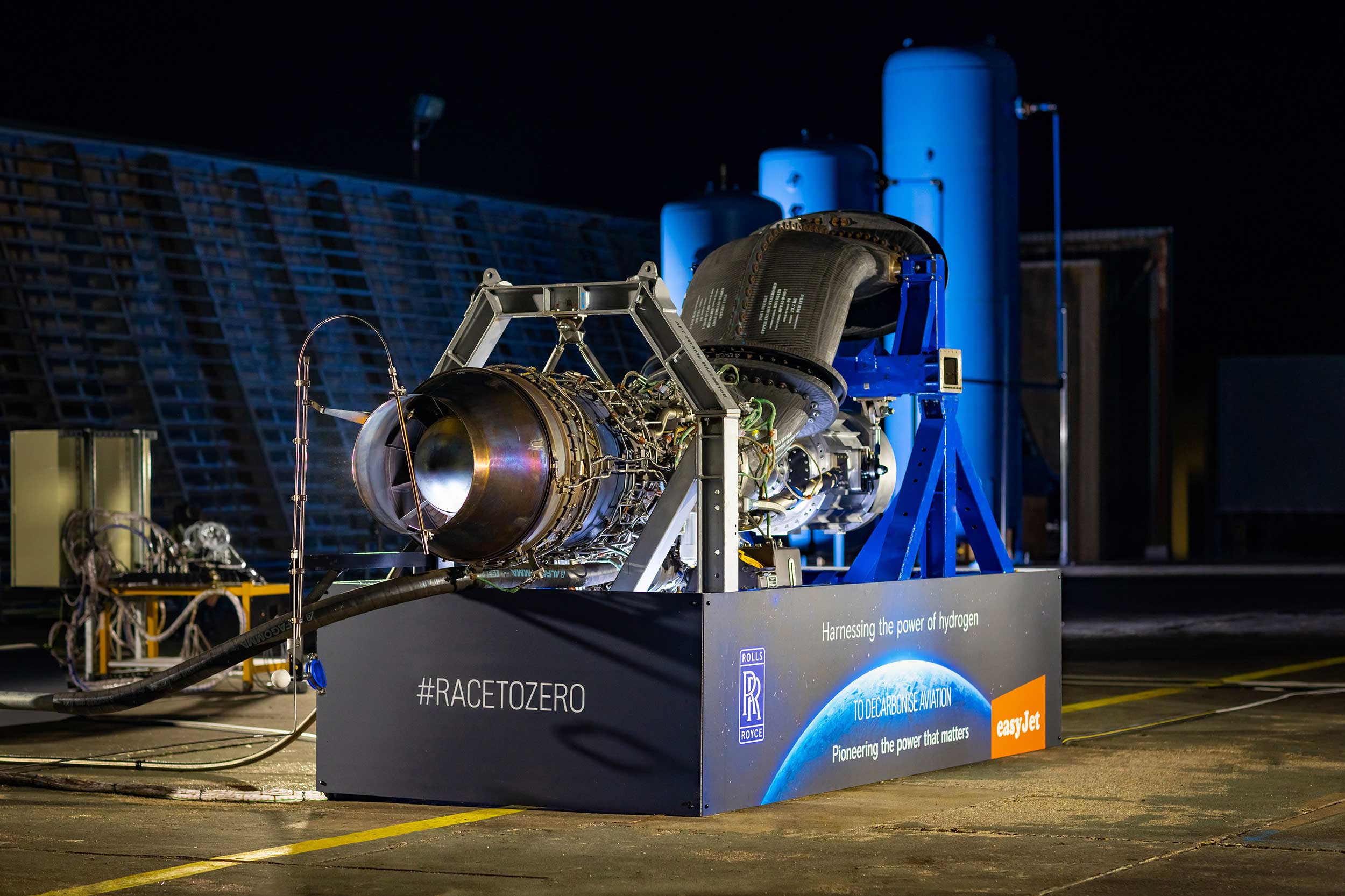 Other areas of the roadmap include fleet renewal, operational efficiencies, airspace modernisation, Sustainable Aviation Fuel and carbon removal technology.
Johan Lundgren, CEO of easyJet, said, “We’re the first airline to outline an ambitious roadmap in which zero carbon emission technology plays a key role to take us to net-zero emissions by 2050 and ultimately to zero carbon emission flying across our entire fleet.

“Decarbonising aviation is a major undertaking for which the whole sector is coming together, but we also require the support from UK and European governments to help us achieve net-zero and we have clearly outlined the actions needed from them.” 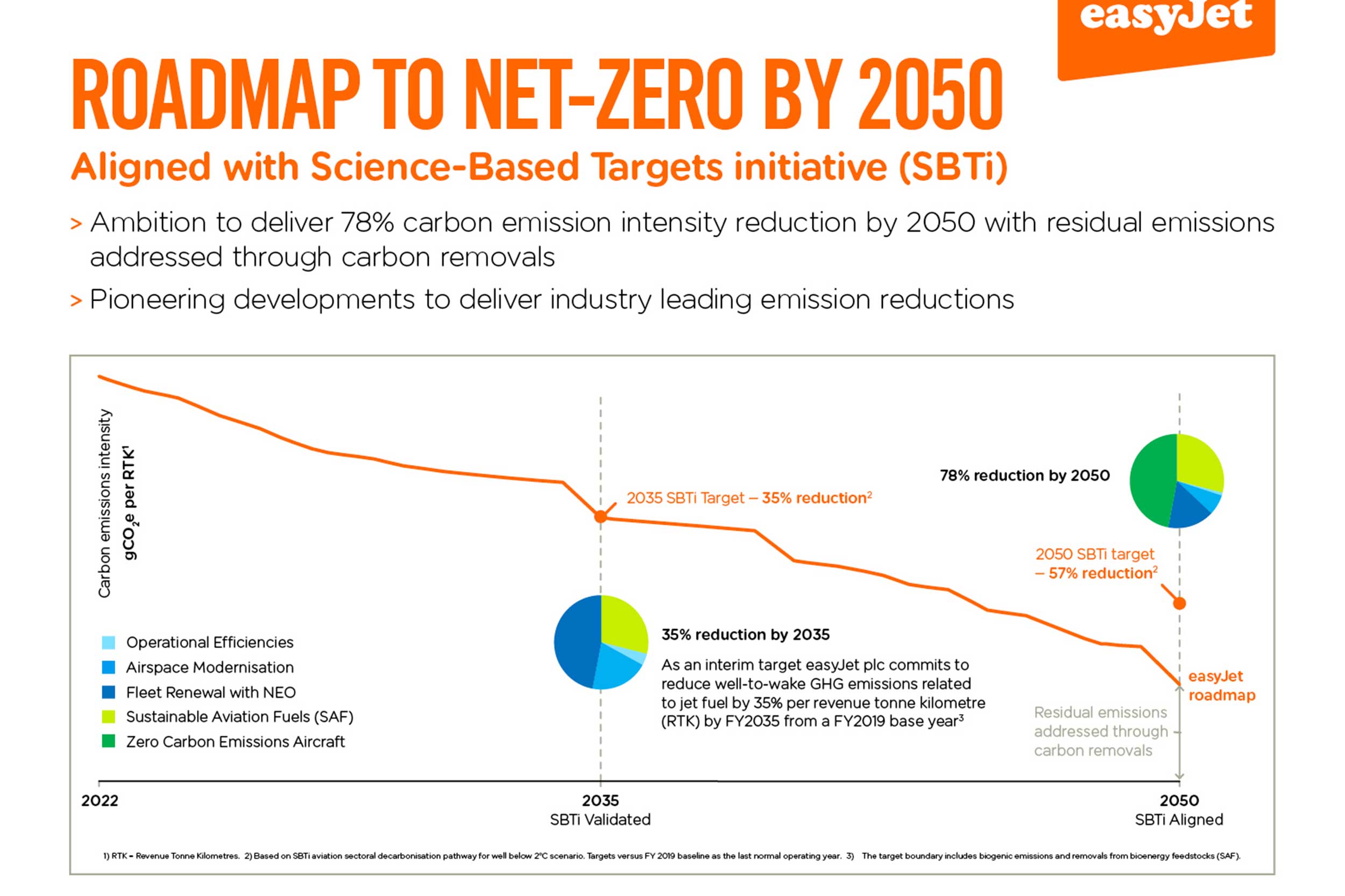 At the same time as announcing the net-zero roadmap, easyJet promised a multi-million-pound fleet-wide investment into the latest aircraft software to introduce Descent Profile Optimisation (DPO) alongside the Continuous Descent Approach (CDA) on all compatible aircraft.

Descent Profile Optimisation (DPO) is a fuel saving initiative which updates the Flight Management System (FMS) to enable consistently more efficient descents by allowing the aircraft to remain in the cruise phase longer and reduce deceleration level-off, which reduces carbon emissions. CDA also minimises noise pollution on the approach, which benefits communities around airports.
By this time next year, once the retrofit is completed, easyJet says it will have the largest fleet of DPO and CDA enabled aircraft in the world leading to an estimated annual carbon emission reduction of 88,600 CO2 metric tonnes.

Fleet renewal is also crucial for decarbonisation as it replaces older aircraft with younger, more fuel-efficient models. easyJet will be making a list price investment of $21bn over the coming years to continue to renew its fleet. All 168 new aircraft deliveries will be Airbus NEO aircraft, joining the 59 NEO aircraft already in the fleet.