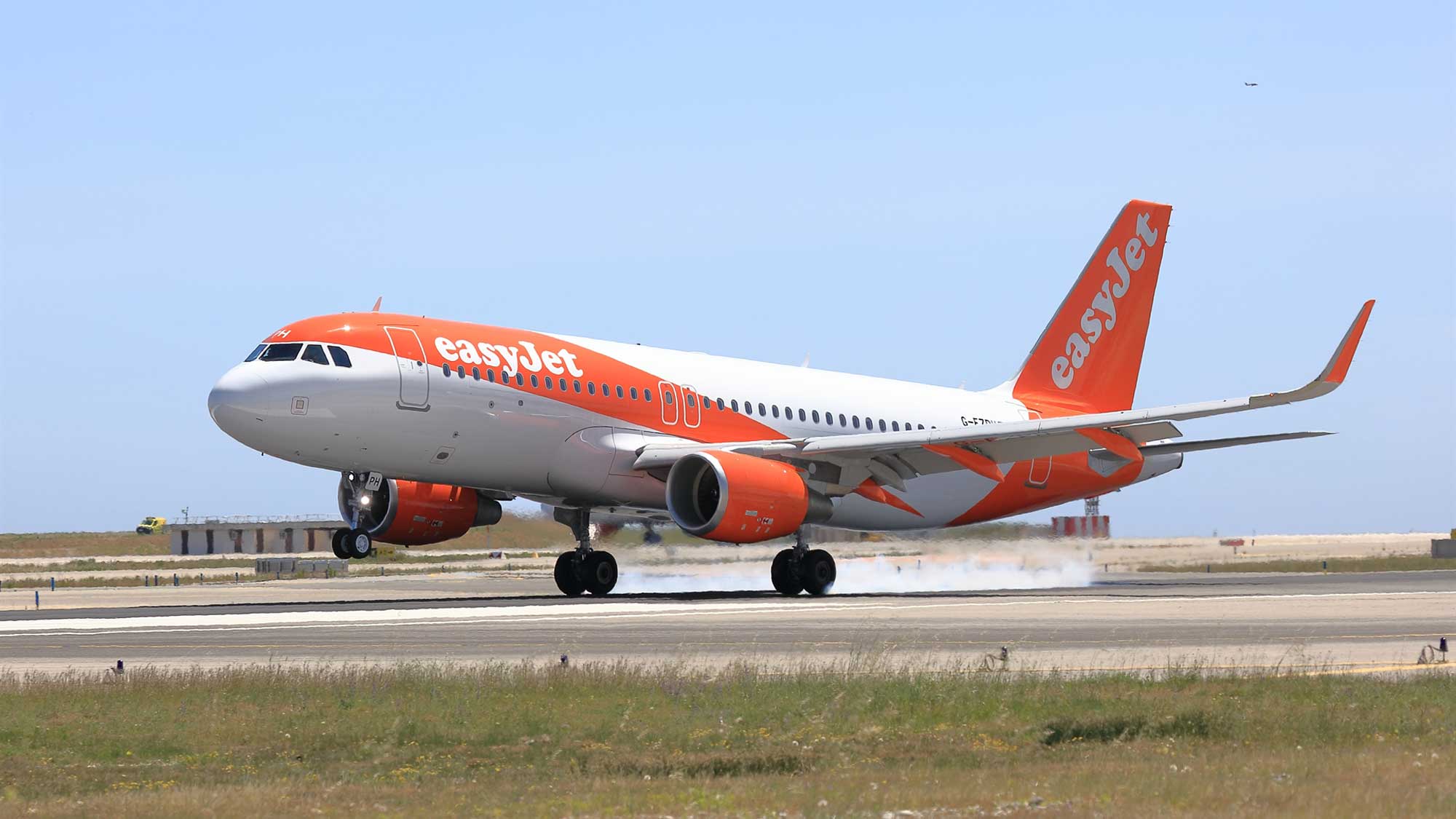 easyJet has joined Race to Zero, a global UN-backed campaign to achieve net-zero carbon emissions by 2050 at the latest.

The airline is committing to set an interim science-based target for 2035 as well as to reach net-zero carbon emissions by 2050, aligning with the criteria and recommendations of the Science Based Targets initiative (SBTi).

easyJet plans to present its net-zero roadmap in the coming months.

Johan Lundgren, CEO of easyJet, said, “Joining Race to Zero is a major milestone in easyJet’s net-zero journey and I’m very proud to be able to make this announcement today.

“Climate change is an issue which we all have to tackle – including us at easyJet.

“We have a responsibility to minimise the impact of our flights and we are working very hard to make this happen; from efficient flying and fleet renewal to being the only major European carrier that is offsetting the carbon emissions from the fuel used for all its flights on behalf of all its customers.

“Our ambition is to ultimately achieve net-zero emissions flying in the UK and across Europe and we are proactively working alongside industry leaders, such as Airbus and Wright Electric, to help support and champion zero-emission technologies for passenger planes of the future.” 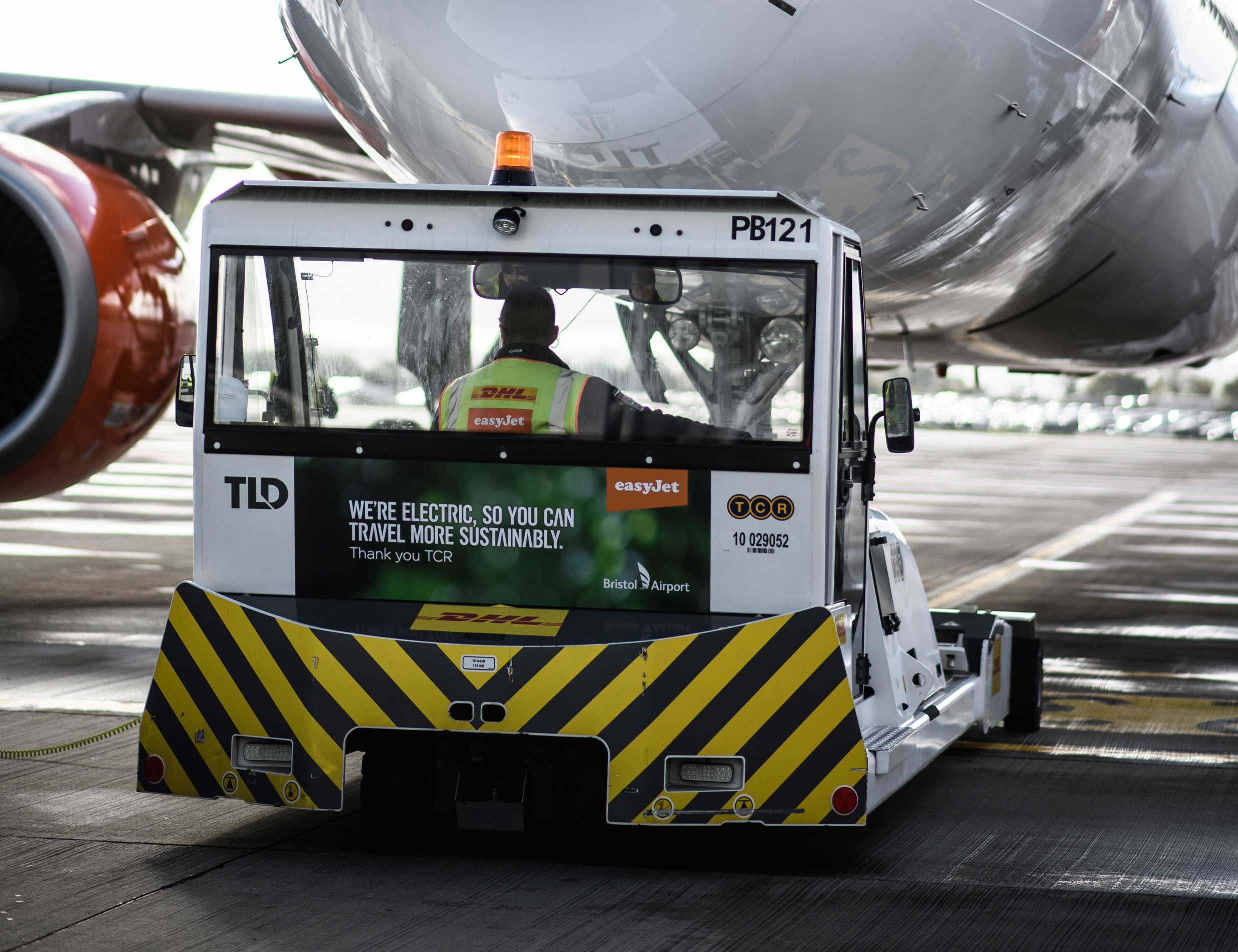 One initiative is to use electric vehicles to move aircraft around on the apron. This is at Bristol Airport. Photos: easyJet

“COP26 represents an opportunity to build momentum in reducing aviation emissions, particularly ahead of the next ICAO Assembly in 2022.

“easyJet are stepping up to the challenge – putting in place a net-zero roadmap which will help secure a sustainable future for the sector and creategreen jobs in the process.”

In 2019, easyJet became the first major airline worldwide to offset the carbon emissions from the fuel used for all its flights, and currently remains the only major airline in Europe to do so. This comes at no additional cost to its passengers and the airline only supports projects that are certified by either Gold Standard or Verified Carbon Standard.

easyJet is working with Wright Electric on a zero emission airliner

However, easyJet acknowledges that offsetting can only be an interim solution. easyJet is working with its partners Airbus and Wright Electric to accelerate the development of zero emission technologies. The airline is optimistic that it could begin flying customers on planes powered by hydrogen-combustion, hydrogen-electric or a hybrid of both by the mid to late-2030s.

The airline is also striving to reduce fuel consumption, with single-engine taxiing on departure and arrival and the use of advanced weather information to improve navigation performance. Since 2000, easyJet has reduced its carbon emissions per passenger kilometre efficiency by more than a third.

Nations commit to net zero for aviation by 2050 at COP26

A declaration for aviation to have net zero global CO2 emissions by 2050 has been put forward at the COP26 climate conference.

Alaska Airlines has teamed up with UK company ZeroAvia to develop  hydrogen-electric propulsion for a 76-seat regional airliner. The De Havilland DHC...