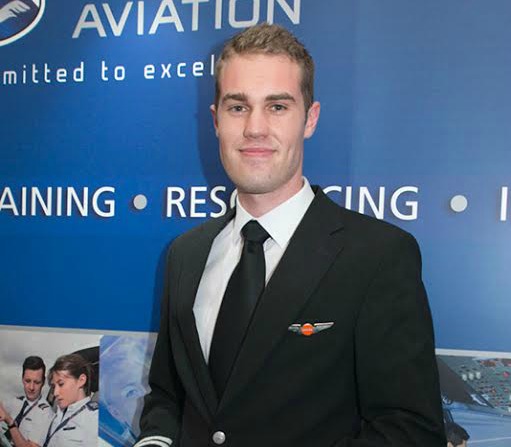 The majority have been placed with a number of CTC Aviation’s Partner airlines through its airline pilot supply programme, CTC FLEXICREW and others have independently secured opportunities with various airlines around the globe very shortly after completing their training. Graduate pilots are now ‘flying the line’ with airlines such as Jet 2, Flybe, easyJet, Cathay Pacific and BA CityFlyer.

Dan says of his training, “The environment was very professional and airline orientated, which is exactly what I wanted from a training organisation. During the final, more advanced phases of training I was instructed by airline pilots, some having retired and some still working for airlines. This was fantastic for my development, experience building and learning some tricks of the trade. It was also run very much like an airline with rosters and report times.”

Dan also feels that his training played a big part in preparing him for a career as an airline pilot. He says “The training through CTC TAKEOFF laid the foundations for further learning with easyJet. CTC Aviation runs interview preparation days which helped me significantly when it came to my interview with easyJet.”

Once his training was complete, Dan spent seven months in CTC Aviation’s airline placement pool. And when an opportunity with easyJet arose, CTC Aviation supplied him with the application and he was invited to an interview with the airline – the rest is history!

Dan says, “Honestly, CTC Aviation was the key to finding me an airline placement. Their airline relationships really break down the barriers to entry faced by many newly qualified pilots.”

Dan says his life today is anything but ordinary. “There is never a “regular day” at work so to speak, which is fantastic and keeps you on your toes. Time has flown by (pun intended!) and already I am preparing for my six month simulator check. I am really enjoying myself at easyJet and looking forward to a lot of flying this summer.”

CTC Aviation is currently offering a special price for CTC TAKEOFF courses. Those who book and commence their CTC TAKEOFF training during April, May or June can do so at 2014 prices and save £4,400*. CTC TAKEOFF offers full time integrated CPL/IR as well as part or full time modular airline pilot training courses. Trainees may also be eligible to apply for airline placement through CTC FLEXICREW just as Dan did.