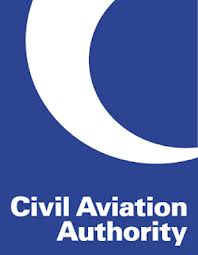 As part of its campaign to combat the seven most serious safety risks currently facing the airline industry, the UK CAA has developed a pilot training aid on how to deal with loss of control incidents. The training package, produced in association with external safety experts, will be distributed on CD to all UK commercial aeroplane pilots. Part of the package can also be viewed on the CAA’s YouTube channel, www.youtube.com/UKCAA.

Loss of control events have been identified globally as the current most serious risk to flight safety – and the biggest single cause of commercial air accidents over recent years. Loss of control often follows a partial or full stall to an aircraft. The CAA’s training package aims to provide aeroplane pilots with an enhanced tutorial on ‘upset recovery’, or how to regain control of the aircraft following a stall. The package is not intended to be a replacement for current training methods, or to take precedent over operational guidance issued by airlines and aircraft manufacturers.

Gretchen Haskins, Director of the CAA’s Safety Regulation Group, said, “Tackling the root cause of loss of control accidents is now a major industry priority. This training package is intended as a refresher course for commercial pilots, offering, in particular, a step-by-step approach to identifying, and dealing with, a stalled aircraft.”

The training package was produced jointly with the Fight Safety Foundation, Safety Operating Systems and the Guild of Air Pilots and Air Navigators (GAPAN).

Loss of control is one of the CAA’s Significant Seven safety risks, highlighted in its current Safety Plan www.caa.co.uk/safetyplan. The seven risks have been identified following in-depth research carried out on the reports of over 1,000 fatal global accidents, and the findings of the CAA’s own Mandatory Occurrence Reporting Scheme database.

The Significant Seven are:

“The UK’s exit from EASA has been rushed and badly managed,” that’s the uncompromising opinion of a new campaign group, the Pilot Licensing Advisory Group.

The effect of the COVID-19 pandemic on UK aviation in 2020 has been outlined in data just released by the UK CAA. The data shows that passenger number...