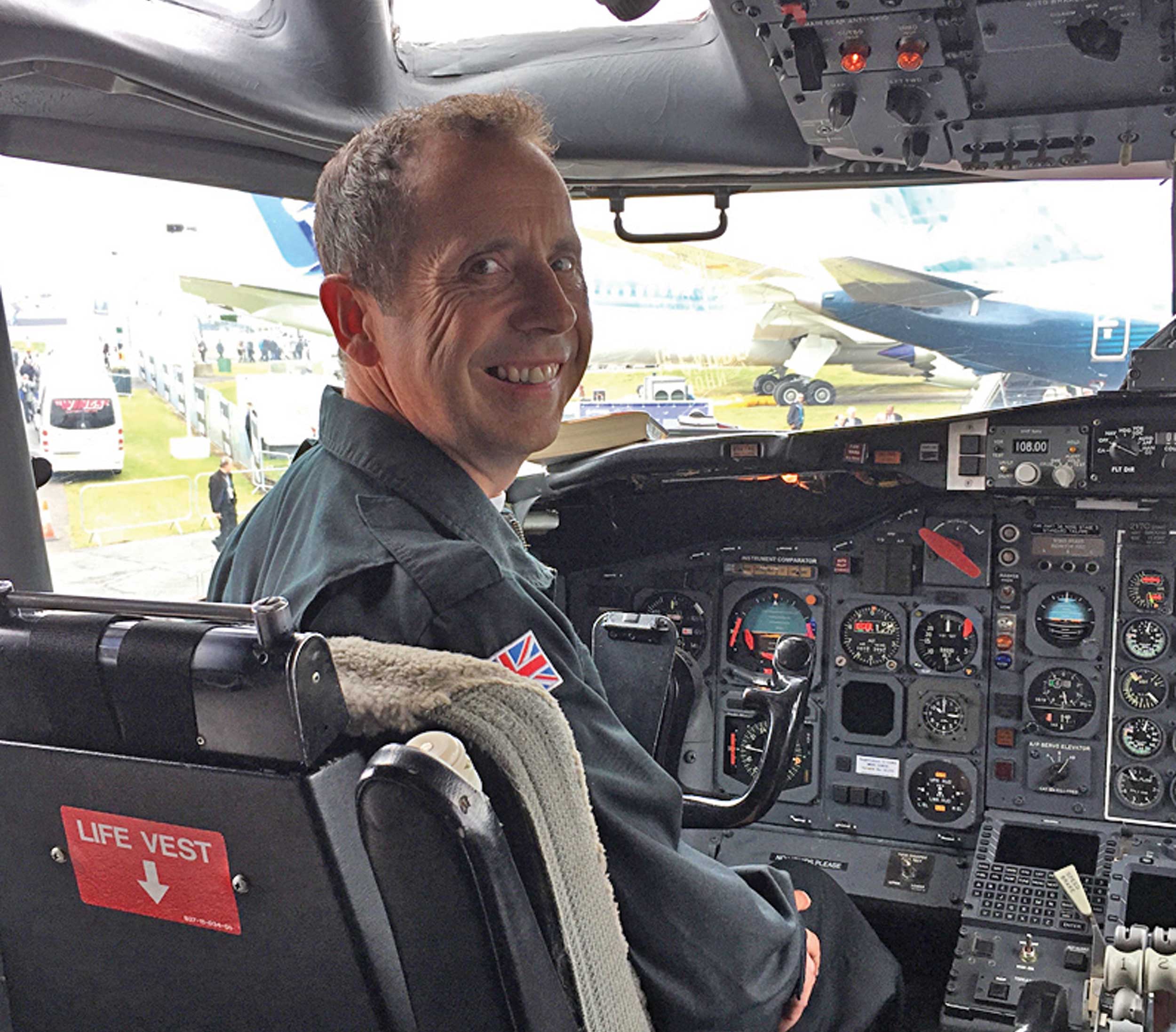 A British oil spill response pilot who’s on constant standby, to prevent ecological disasters by flying a Boeing 727 at 150ft above sea-level…

Tell us about your job…
I’m the Director of Special Missions at 2Excel, which is based at Doncaster-Sheffield Airport, South Yorkshire, and provides aviation services for Oil Spill Response Limited (OSRL), a cooperative of all the world’s major oil companies. I fly both the Boeing 727 and the Piper PA-31, and it’s my job to oversee our aircraft and crew, ensuring both are ready-to-respond 24 hours a day, 365 days a year.

If there’s been a spill anywhere in the world that needs to be tackled from the air, we send out our especially adapted Boeing 727 to spray dispersant fluid onto the oil spill. This breaks up the layer of oil slick and makes it mix with the seawater, which enables it to be broken down naturally by microorganisms. Because oil evaporates and gets broken down by sun, wind and waves anyway, sometimes with smaller spills the decision is made to leave it alone.

However, if it’s a large spill or one that’s located close to sensitive marine life, coral reefs or the coastline, we get into action. The B727s are fitted with a TERSUS Dispersant Delivery System, designed, built and certified in-house by our Capability Development team. This sprays out the 15,000 litres of dispersant fluid in very small droplets while we fly a pattern across the spill. From a pilot’s point of view, this type of flying, operating an airliner at 150ft above the sea, makes my job so unique and enjoyable – it’s really challenging.

The PA-31 Navajo ‘UKCS’ is for surveillance. We use it to monitor how fast the oil is breaking down, in case of a smaller incident, and also as a spotter; flying high above the area and directing the 727 to where it’s most needed. Safety is of utmost importance in my work. As part of the emergency services, we’re responding to an accident, we don’t want to become a part of it. Luckily, large oil spills are really rare – the last time large dispersant aircraft were used was in 2010, in the Gulf of Mexico. However, we’re always prepared in case it happens again, and we are normally put on a heightened state of readiness several times a year when incidents happen around the world. With the 727, we have to be airborne in four hours from the first call from OSRL, whereas the PA-31 has a one-hour response time. We train low-level flying above the water around the UK regularly and, at least once a month, we fly overseas.

What training did you have?
With the RAF, which provides the world’s highest standard of training in my view. Although the job I do now is very different to the role I was originally trained for, military training prepares you to adapt to different situations. Well over 30 per cent of the people at 2Excel are ex-military or have other similar experience – they’re all very adaptable, enjoy working as a team and love new challenges. Also, in the RAF I did a lot of low-level flying in the Tornado and Harrier, which comes in handy with my current job.

What was your favourite flight?
A low-level formation training flight in September 2016, with our two 727s spraying water out over the sea near the Isle of Wight. I flew the lead aircraft. It was an amazing flight, partly because it’d taken a lot of blood, sweat and tears to get to that point.

And your favourite airfield?
RAF Wittering, which is known as the Home of the Harrier. It’s where the Harriers were based from the 1960s all the way up to 2010. That airfield holds a lot of memories of my time in the RAF and I’ve flown there hundreds of times – though never in a 727.

Do you get to fly much outside work?
Not at all. I’ve been flying for over 30 years, so in my leisure time I prefer to do something else. I spend a lot of time outdoors with my family, playing or watching sport, and walking my dog.

What’s the most valuable career advice you’ve received?
To never take no for an answer, as there’s always a way. One of my old Harrier squadron bosses told me this in the early 1990s. Everywhere in aviation, people will tell you that things can’t be done. That isn’t true, there’s always a solution.

Arnie Palmer has flown over 200 low-level oil spill training flights in a Boeing 727-200.