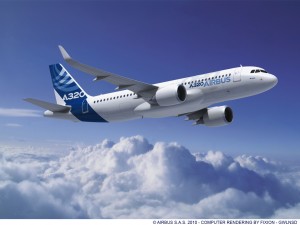 Big orders for the Airbus A320neo are expected in the run up to, and during, the Paris Air Show

Where there’s an order for new aircraft there’s inevitably the need for pilots in the longer term.

Which means that the run-up to the upcoming Paris Air Show and expected deals between manufacturers and airlines is a good gauge for future job prospects.

For example, Airbus is hoping to wrap up two major orders for its revamped A320neo by the show in June, according to its sales chief John Leahy.

Potential deals include a final sign-off on a massive, USD$16 billion deal for 180 planes that Airbus reached with Indian budget carrier Indigo earlier this year, as well as another potentially big new deal with Malaysia’s AirAsia.

“I think we will have the Indigo order finalised and announced by the Paris Air Show,” Leahy told reporters at an event marking the 200th Airbus delivery to UK low cost carrier easyJet.

“We are in final discussions with Air Asia. We hope that too will be concluded in time for the Paris Air show.”

Meanwhile Korean Air this week took delivery of its first Airbus A380 in a ceremony in Toulouse. It will become the first Asian carrier to operate a GP7200-powered A380 and becomes the sixth airline to take delivery of the aircraft.