Airbus renames C-series as A220 Family

+VIDEO Airbus has renamed the C-series airliner series it acquired from Bombardier earlier this year and given the aircraft the full Airbus branding. The new aircraft are called the A220-100 and A220-300, and fit below the A320 family in terms of passenger seat.

The single-aisle A220 family is specifically designed for the 100-150 passenger seat market, with the -300 having a longer fuselage.

Guillaume Faury, President of Airbus Commercial Aircraft, told Airbus employees at Toulouse Airport, “This is an historic day for Airbus and for the aviation industry. We’re already working together, and I can feel the impatience, the momentum, the pleasure and the excitement as this beautiful aircraft lands for the first time as a member of our family.”

Eric Schultz, the Airbus Chief Commercial Officer, added that the A220 already is generating great interest among potential customers. He said this is no surprise as “our new colleagues have built something quite extraordinary. I don’t think it will be long before we hear news from the market.

“I can assure you that work is well underway to make the A220 a commercial success, the market leader for aircraft between 100 and 150 seats,” Schultz added. “We trust that this segment could total as many as 7,000 aircraft over the next 20 years – that’s an exciting prospect.” 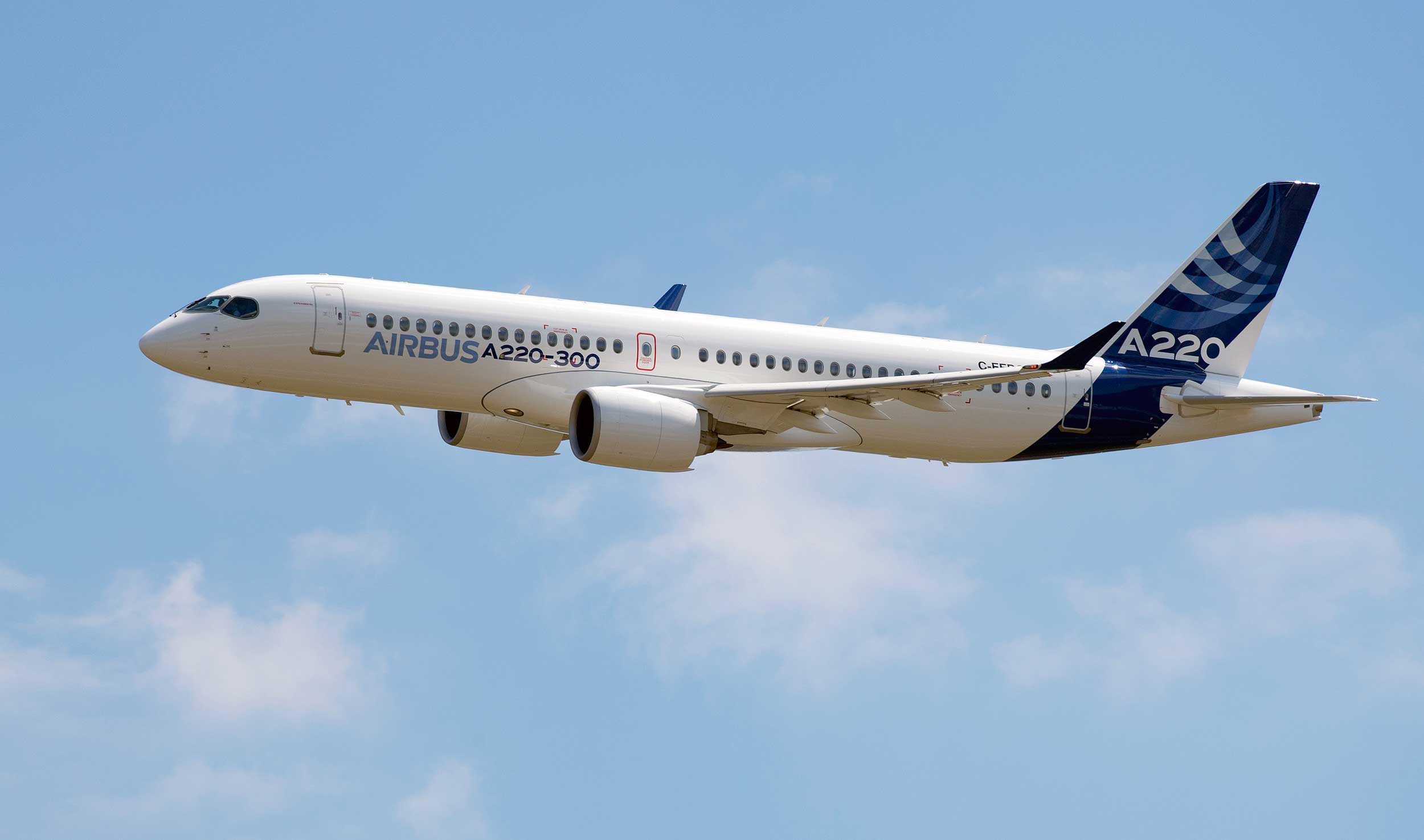 Philippe Balducchi, president of CSALP (the Airbus partnership with Canada’s Bombardier) gave an insight into the ramp-up of production that already is underway in anticipation of increased sales.

“We’re already focused on our plans to raise production of A220s and to sharpen its competitiveness in the marketplace,” he explained. “I think it’s already been made very clear that our Canadian colleagues gave birth to a fantastic aircraft. We’ll strive to do it justice with our experience in managing complex aircraft programmes and supply chain.”

+VIDEO Two fuselages, wingspan greater than the length of a football pitch, aiming for the edge of space with a payload of satellites… it’...

The next Pilot Careers Live London will be on 6 April 2019. More info and tickets here